For all of our members, it is so important to know who The New Testament Church is. We all must be able to identify with our vision, beliefs, ministry and leadership, as the Apostle Paul told the Church at Corinth, “Now I plead with you, brethren, by the name of our Lord Jesus Christ, that you all speak the same thing, and that there be no divisions among you, but that you be perfectly joined together in the same mind and in the same judgment.” – Corinthians 1:10. This not only gives us more confidence in what the Lord is accomplishing through His Church, but also in your life and family. Job 8:7 “Though thy beginning was small, yet thy latter end should greatly increase.”
In November of 1985 the Lord laid a little town in Wisconsin on Dr. Hohman’s heart. This was not unusual because as a traveling evangelist often times the Lord would put a town on his heart and he and his wife Pam would lift the town up daily in their prayers. By doing this they would see the Lord establish a new church in the town or move by His Spirit in an already established church. But this would not be the case with Merrill, Wisconsin. The burden for Merrill seemed to grow beyond just a need for intercession, and early on the morning of Friday, January 10th 1986, Pam was stirred by the Spirit of God to wake up Dr. Hohman and encourage him to go to Merrill that day and evangelize. So after breakfast he phoned brother Gordon Jeager take a trip to Merrill because he knew that Gordon had been born and raised in Merrill, and in the mid morning Dr. Hohman and Gordon were off to Wisconsin. Having a background in street preaching Dr. Hohman thought that that would be the plan for the day, but on a cold January day in Merrill, Wisconsin he found that there was only an echo on the streets.

So he and Gordon went into the stores and Dr. Hohman would share his testimony with any who would listen. After having found three people who would pray and except Jesus Christ as their Lord and Savior, he and Gordon organized a Bible study for the new believers in Christ at Marcella Geiss’s home in Little Florida Trailer Park. During that evenings Bible study the Lord spoke to Dr. Hohman to commit to meeting for a Bible study every Thursday night. After leaving while driving out of town heading back to Michigan the Lord spoke to Dr. Hohman a second time, this time telling him that he was going to pastor a church in Merrill. When Dr. Hohman heard this his response was, “I’m willing Lord, but you are going to have to tell my wife because I won’t touch that with a ten foot pole”. The Bible study went on for several months with a great success and by April, 27 people came to know the Lord as the Savior, but Dr. Hohman would not speak to anyone of the conversation that he had with the Lord of pasturing the newly founded congregation.

On the morning of Thursday April 24th, Dr. Hohman’s wife, Pam, again woke him early, this time saying that the Lord had been speaking to her. She said, “You know that we are to move to Merrill and pastor that church, don’t you”. When he responded, “Yes” she said, “Well,I will put a for sale sign on our house, you can tell the people tonight that we will obey the Lord and move.” When Dr. Hohman got to the Bible study that evening and told the people of their plan, all attending shouted for joy because they had been fasting and praying for two weeks, asking the Lord to move on William and Pam’s heart to come to Merrill and pastor them.

During the three and a half month period while Dr. Hohman was waiting for pastor Pam to talk things over with the Lord, Jesus gave him the Bible verses that he was to found the church upon: Philippians 1:27-28 “Only let your conversation be as it becometh the gospel of Christ: that whether I come and see you, or else be absent, I may hear of your affairs, that ye stand fast in one spirit, with one mind striving together for the faith of the gospel; 28 And in nothing terrified by your adversaries: which is to them an evident token of perdition, but to you of salvation, and that of God.”

How little did Dr.Hohman know that the meditation of these scriptures would be a constant way of life for him as he would go through many years of constant battle, fighting the “good fight of faith”.​ 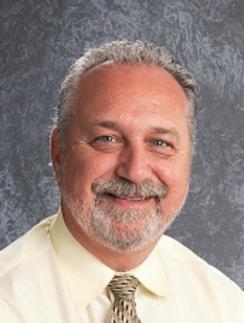 Dr. Hohman has been married for 43 years to his childhood sweet heart, Pamela Rose. They have 4 children, three girls and one boy, all of which are in the full time ministry. Dr. Hohman has been in the full time ministry for 36 years, the past 30 years has been in Merrill, WI as the lead minister of the “New Testament Church” which he pioneered in 1986. He also founded “NTC Bible College” a four year accredited school, NTC Christian Academy a pre-school through 12th grade school, “New Beginnings Christian Child Care”, for 6 month to 4 year old children, Co-founder of the “Northern Christian School Conference”, Founder and Superintendent of “Bethel Educational Institutions, Inc.” which is a sheltering body for Christian Schools and home schools, helping bring an academic excellence and greater Christian witness through their educational programs.

Dr. Hohman also is the founder of NTC Publications, NTC Broadcasting, building television and radio stations in the USA, Asia, Africa, and the Middle East, “His Hands Extended Community Development Corporation”, a not-for-profit corporation which develops businesses and think tanks to grow struggling communities along with food distribution programs.

Dr. Hohman functions apostolically in the body of Christ and has ministered in 34 countries establishing churches, schools, orphanages, Bible colleges, and networking ministries together for the greater achievement of their goals.
Dr. Hohman preaches and teaches in crusades, conventions, leadership conferences and small groups, also doing leadership mentorship around the world. Dr. Hohman also ministers via television, and teaches an ongoing radio program “The Sower Soweth The Word” which broadcasts over Christian and secular radio stations.

Dr. Hohman has authored several publications including, “Everything Including the Kitchen Sink”, a practical aid for Christian teachers in primary education, “The Twelve Provisions of the Heart”, an in-depth study of the twelve hours of the day founded in John 11:9-10 and how they correspond to the blessings of the twelve tribes of Israel, “Prosperity” a book of meditations and confessions for an abundant life, “The End Time Comforter”, a book to help bring an intimate relationship with the Holy Spirit, and as well as 18 college course manuals, all published by NTC Publications. Pam was born and raised in the Upper Peninsula of Michigan and was married to her husband Dr. William P. Hohman in 1973. She moved to Merrill, WI 30 years ago to help him pioneer the “New Testament Church”. While raising her four children, she helped established a Christian school (NTC Christian Academy). As it grew to 80 students, Pam took on the role of administrator while continuing to administrate the church. Then in 1995 Pam took over the administration to the already founded New Beginnings Christian Child Care. Pam also has sat on the United Way board for four years.

Pam received her bachelors degree in business and church administration in 2000 thru Vision Christian Bible College and Seminary, and at the present continues to work as the head of the administrations department for the New Testament Church, NTC Christian Academy, and New Beginnings Christian Child Care. 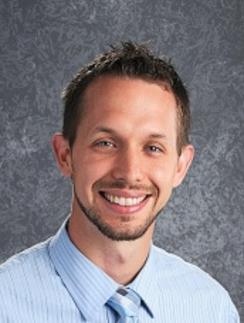 Paul graduated from NTC Christian Academy in 1999 and immediately entered the ministry at New Testament Church Ministries. In the fall of 1999 Paul enrolled in Vision Christian Bible College and Seminary where he entered a work study program, during which time he worked in many facets of ministry. In 2003 Paul graduated with a Bachelors degree in Theology. Paul entered full time ministry and was ordained in 2006, entering into the pastoral staff of the New Testament Church. And in 2007, married his wife Theresa, and together they have 3 wonderful children.

Currently Paul is the Praise and Worship Pastor at the New Testament Church, is the manager of WDYD 100.9 FM radio station, and is the director and overseer His Hands Extended Food Pantry. Paul is truly ministry hearted and is always looking to advance the Kingdom of God by training disciples for the work of the Lord.